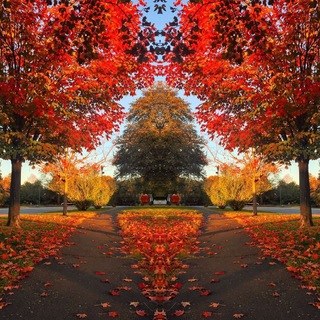 Holiday Tree Lighting @ Yonkers
When: Friday Nov 20, 2015
Where: Cross County Shopping Center
Details: As always there’s a celebration to accompany the lighting, with a parade, fireworks, costumed strolling characters and face painting. Of course, Santa will be there, too. Tree lighting is at 7:30pm.

White @ New Victory Theater
When: Nov 21-22, 2015
Where: New Victory Theater, 42nd Street, NYC
Details: A show by Andy Manley Catherine Wheels Theatre Company Musselburgh, Scotland for kids aged 2-5. After a sold-out run in 2011, Cotton and Wrinkle are back! As the careful custodians of a colorless world, these beanie-wearing buddies work hard to hide every hint of hue. When pops of color suddenly appear, their orderly lives are thrown into a fantastic frenzy! Created with wit and whimsy by Andy Manley and designed with chromatic brilliance by Shona Reppe, this vivid work of modern theater for the very young will amaze and delight. The only show for the very young to be nominated for a Drama Desk Award for Unique Theatrical Experience, WHITE is wondrous and bright!

Mulan Jr. @ Tarrytown Music Hall
When: Nov 21-24, 2015
Where: Tarrytown Music Hall, Tarrytown, NY
Presented by Random Farms Kids' Theater. Defying the village matchmaker, Mulan takes up arms and disguises as a boy in order to spare her father from having to serve in the army. The Huns have invaded, and it is up to the misfit Mulan and her mischievous sidekick Mushu to save the Emperor! Disney's Mulan JR is a heartwarming celebration of culture, honor, and the fighting spirit. The score includes favorites like "Reflection," "Honor to Us All" and "I'll Make a Man Out of You," as well as new songs that will get the audience up on its feet!
https://tickets.tarrytownmusichall.org/eventperformances.asp?evt=1750

Disney on Ice @ Prudential Center
When: Nov 18-22 2015
Where: Prudential Center, NJ
Details: Grab your Mickey ears and get ready for the ultimate Disney experience at Disney On Ice celebrates 100 Years of Magic Presented by Stonyfield YoKids Organic Yogurt! Be charmed by a cast of over 50, with Mouse-ter of Ceremonies Mickey Mouse, sweetheart Minnie Mouse, Donald Duck, Goofy and Disney Princesses including Cinderella, Rapunzel, Ariel, Snow White and Tiana. Relive the magic of Disney’s Frozen with Anna, Elsa and the hilarious Olaf as they discover that true love is the greatest magic of all. Sing-along to over 30 unforgettable songs including “Let It Go,” “You’ve Got a Friend in Me,” and “Hakuna Matata.”

Big Apple Circus @ Lincoln Center
When: Now through Jan 10, 2016 (Saturdays 12:30pm and 4:30pm)
Where: Lincoln Center Damrosch Park 62nd St, New York.
Details: Show time is approximately 2-hours. The big top of the Big Apple Circus, crammed into a corner of the Lincoln Center plaza, is not exactly gargantuan. But it’s large enough to host prancing stallions, capering dogs, a couple of clowns, a score of swirling hula hoops and throngs of leaping acrobats. This year’s show, “Big Apple Circus: The Grand Tour,” is friendly, beguiling and emphatically humane, from the smallest poodle to the tallest stilt walker.

Upcoming Show:
George Balanchine's Nutcracker @ Lincoln Center
When: Nov 27 2015 - Jan 3 2016
Where: David H. Koch Theater @ Lincoln Center, NYC
Details: Tschaikovsky’s iconic score transports you to a world of wonder where mischievous mice are foiled by toy soldiers come to life, and a blizzard of ballerinas reveals the enchanting Land of Sweets. This is “the mother of all Nutcrackers” (The New Yorker) — the version that originated a beloved American tradition. The performance is 2 hours.

The Nutcracker @ Tarrytown Music Hall
When: Sunday Dec 6, 2015 3pm
Where: Tarrytown Music Hall, Tarrytown, NY
Details: A Music Hall/Music Without Borders Co-presentation. An enchanting hour-long production of The Nutcracker, created for younger audiences, yet sophisticated enough for adults! Founded in 1978 by artistic director Diana Byer, New York Theatre Ballet has earned national attention for its artistry and elegant restorations and revivals of masterworks by great choreographers.